Please fill out the form below to schedule a consultation. 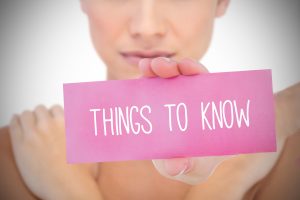 News Medical Life Sciences & Medicine discusses an interesting article published in the May 2016 issue of Plastic and Reconstructive Surgery, the official medical journal of the American Society of Plastic Surgeons about how the Deep Inferior Epigastric Perforator (DIEP) flap improves the long-term quality of life for breast cancer patients.  The study was done over a period of five years to assess the quality of life of breast cancer patients.  The data is promising though it is limited since this is a relatively new surgery.

Dr. Spiegel is my guardian angel and I owe her and her entire team and staff a debt of gratitude that I will ever be able to repay! I am one year out from my original DIEP flap surgery with her and I feel great, like myself again! After undergoing a prophylactic mastectomy (due to testing positive for the BRCA 2 gene and strong family cancer) and getting breast implants with another doctor, Dr. Spiegel saved my life by removing the implants and performing DEIP surgery. The implants cased me so much pain and diminished my quality of life but now I have it back. I have no more pain and my breasts are soft again and created from my very own tissue. Thank you Dr. Spiegel!

I cannot say anything to describe how great and excellent a surgeon she is at the same time, the most compassionate! Going through breast cancer and having to deal with the issues that comes with it, she always gives you hope and something to look forward to. Her surgical skills are par excellent and I will not hesitate recommending her! You are in great hands and her staff is amazing! They respond immediately to concerns, questions and appointment! Definitely, a 5 star caliber surgeon!

I knew I was in good hands after my first visit with Dr. Spiegel. Her smile, her attentive staff, her medical explanations, and her sincere inquiry into my expectations and concerns all gave me confidence to choose her as my breast reconstruction surgeon. Now, I am a cancer survivor and a renewed female body survivor!

Read More
"We Proudly Salute All The Beautiful Ladies On This Website Who Are Dr. Spiegel’s Real Patients!"

If you would like more information about The Center for Breast Restoration or would like to make an appointment, please fill out the form below and a member of our staff will contact you within 24 business hours.