Please fill out the form below to schedule a consultation.

The TAP Flap, or thoracodorsal artery perforator flap, is a small flap that utilizes tissue located on the side side of the breast, extending to the back, to reconstruct the breast. The TAP flap is located in the same region of the body as the latissimus flap. These flaps are similar in that the donor tissue used to reconstruct the breast is rotated from the upper back to the chest.

The TAP flap can be rotated from the upper back and positioned on the chest wall to use in partial breast reconstruction or to help correct a lumpectomy “dent”. The TAP flap contains skin and subcutaneous fat that lies over the latissimus dorsi muscle, but includes a perforating vessel that is attached to the thoracodorsal artery. Unlike the latissimus dorsi myocutaneous flap, the TAP flap preserves the back muscle. The TAP flap is what’s known as a ‘perforator flap’, meaning only skin and fat are harvested for the procedure and the muscle is left intact. Tiny blood vessels are carefully isolated and dissected from the muscle preserving the latissimus muscle, as well as the blood supply. With a latissimus flap, part of the back muscle is used for reconstruction, which can potentially limit movement in activities that require pushing off with the arm such as climbing or swimming.

The surgical time investment is greater with the TAP flap when compared to more traditional flap reconstruction procedures that sacrifice muscle. However, the benefits of preserving the muscle are often worth it, especially for active, athletic women. The resulting scar from TAP flap surgery can usually be placed horizontally and is well hidden in the bra strap line.

This is a small flap and most patients do not have enough tissue on the upper back to use TAP flaps alone in breast reconstruction after a mastectomy. The TAP flap is best used for small defects resulting after a lumpectomy, or as a combination procedure with implant placement and/or fat grafting to enhance the shape and size of the breast.

You may be a candidate if:

Benefits of TAP Flap Reconstruction include:

The risks of flap breast reconstruction procedures are mainly related to the possibility of flap loss, but the TAP flap is kept on its original blood supply and is close in proximity to the chest, which minimizes this risk.

Patients have a relatively short hospital stay of 2 – 3 days and can return to normal daily activities at approximately four weeks. You will be able to sleep on your back immediately after surgery. Most patients can resume all activities without restrictions, including lifting at 2 – 3 months.

You will have good short and long term results after TAP flap reconstruction. The tissue transferred during this reconstruction improves the contour and shape of the breast by replacing tissue removed or damaged during breast surgery or radiation therapy. It is important to note that back fat and skin is firmer compared to breast skin and fat. Therefore, the reconstructed breast will be affected less by changes in gravity than your natural breast. 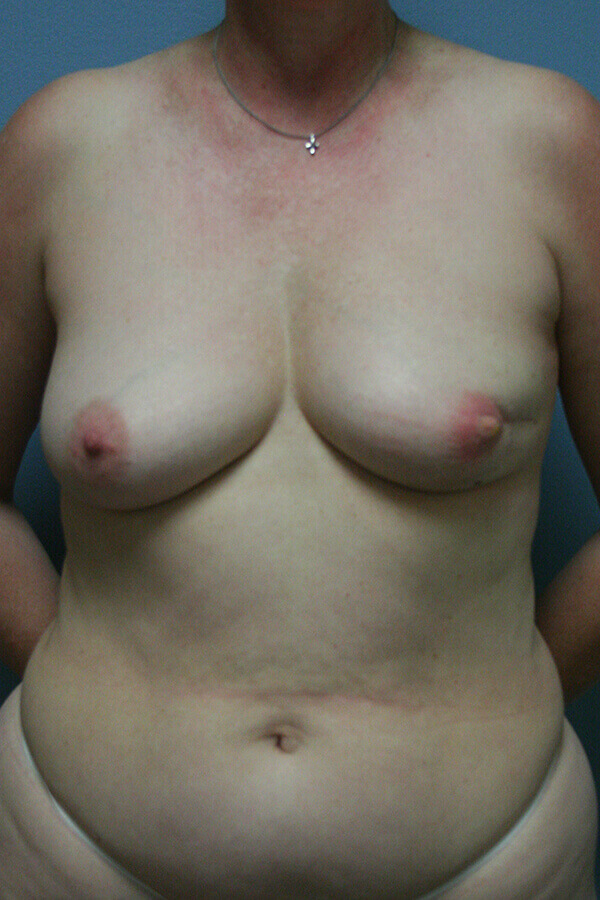 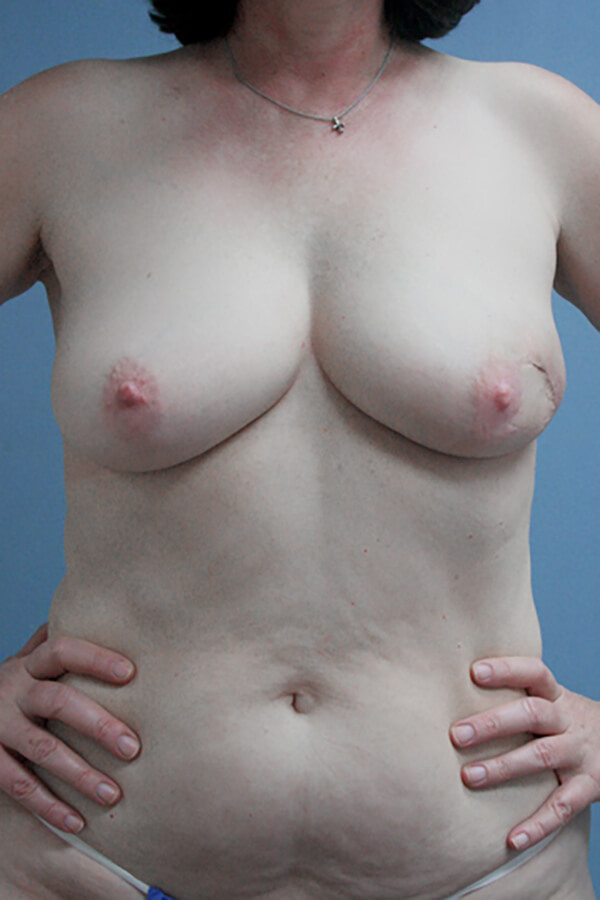 Dr. Spiegel is my guardian angel and I owe her and her entire team and staff a debt of gratitude that I will ever be able to repay! I am one year out from my original DIEP flap surgery with her and I feel great, like myself again! After undergoing a prophylactic mastectomy (due to testing positive for the BRCA 2 gene and strong family cancer) and getting breast implants with another doctor, Dr. Spiegel saved my life by removing the implants and performing DEIP surgery. The implants cased me so much pain and diminished my quality of life but now I have it back. I have no more pain and my breasts are soft again and created from my very own tissue. Thank you Dr. Spiegel!

I cannot say anything to describe how great and excellent a surgeon she is at the same time, the most compassionate! Going through breast cancer and having to deal with the issues that comes with it, she always gives you hope and something to look forward to. Her surgical skills are par excellent and I will not hesitate recommending her! You are in great hands and her staff is amazing! They respond immediately to concerns, questions and appointment! Definitely, a 5 star caliber surgeon!

I knew I was in good hands after my first visit with Dr. Spiegel. Her smile, her attentive staff, her medical explanations, and her sincere inquiry into my expectations and concerns all gave me confidence to choose her as my breast reconstruction surgeon. Now, I am a cancer survivor and a renewed female body survivor!

Read More
"We Proudly Salute All The Beautiful Ladies On This Website Who Are Dr. Spiegel’s Real Patients!"

If you would like more information about The Center for Breast Restoration or would like to make an appointment, please fill out the form below and a member of our staff will contact you within 24 business hours.